I bought a 4K monitor almost a year and a half ago. The monitor is still being made and sells for $380. I have really enjoyed it and have decided to write up my experiences with 4K. 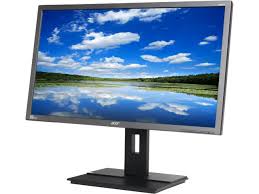 I bought the monitor with programming in mind, and it has been great for that task. I can have a high resolution (1920×2160) Unity window on the left side of the screen and the same amount of space for editing code or graphics on the right. My second monitor is 1920×1200 and shows the game/play screen.

I’m running Windows 10 and use the virtual desktop feature so that I can leave all the programming windows up while keeping web-browsers, email, quicken, Netflix, etc on a separate virtual desktop. 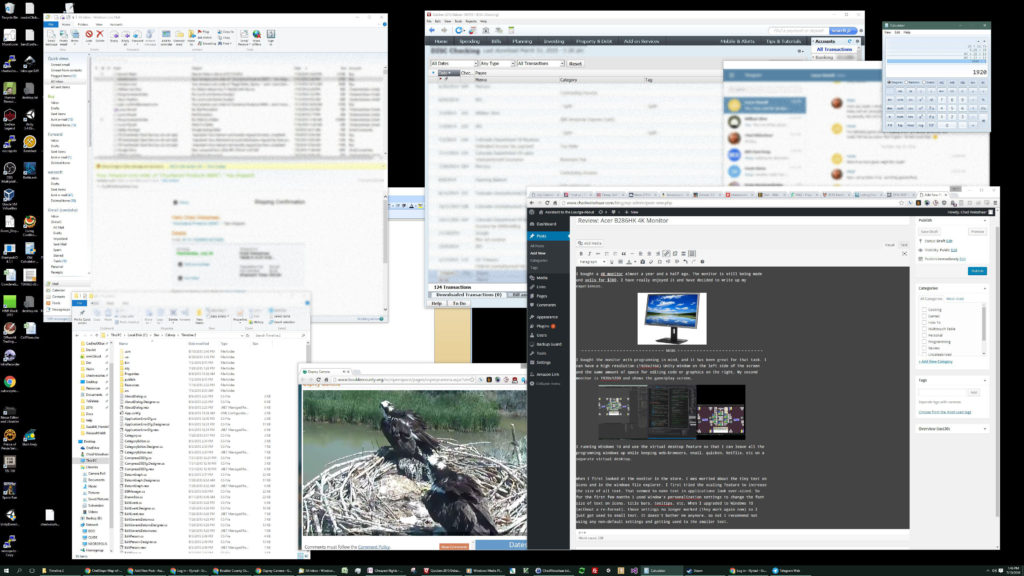 When I first looked at the monitor in the store, I was worried about the tiny text on icons and in the windows file explorer. I first tried the scaling feature to increase the size of all text. That seemed to make text in applications look over-sized; so for the first few months I used Window’s personalization settings to change the font size of text on icons, title bars, and tooltips. When I upgraded to Windows 10, those settings no longer worked (they work again now) so I got used to having small text. It doesn’t bother me anymore, and now I recommend not using any special settings and getting used to the smaller text.

When I bought the monitor, I didn’t expect to be able to play games at 4K and assumed that I’d play on my old monitor or at a lower resolution on the 4K monitor. I have a three year old Nvidia 660 GTX video card and had read that even the latest 980 GTX couldn’t really handle 4K gaming.

I’ve been pleasantly surprised how well I’ve been able to play games. Over the last 18 months I’ve played:

Most of these games are old and/or not very graphically taxing. With the exception of Doom, Offworld Trading Company, Anno 2070 and Borderlands 2, I’ve been able to play at 4K with most settings turned up. If a game runs slow, anti-aliasing can be turned off without much impact since the resolution is already so high.

Doom was really the only game where I couldn’t play above 1920×1080. It is also the only modern AAA title in the list. So if you are playing older and/or indie games, you can certainly play at 4K even with a mid-level video card.

The hardware and gaming press seem convinced that (like VR) 4K is only for the rich. While the monitors are not cheap, you are getting four times the number of pixels, so the price per pixel is actually lower than a standard 1920×1080 monitor. If you aren’t playing the latest first person games, you don’t need to buy a top of the line video card either.

Just today I read the tomshardware.com review of the new Nvidia 1060 where they concluded that anything above 2560×1440 wasn’t possible. They are correct if you’re trying to play the latest games at the best settings. But for a huge swath of the games that are available, a 1060 would do just fine at 4K.

To use a 4K monitor, you do need to have a video card with a Display Port 1.2 or better connection. You can technically do 4K over HDMI, but it is at 30 Hz which is extremely hard on the eyes.

I don’t know if the modern onboard video solutions from Intel would work for 4K. You may have to buy at least a low-end video card.

I strongly recommend a 4K monitor to anyone who has (or wants to have) more than one 1920×1080 monitor. It is like switching from spinning disks to an SSD: I’d never go back to a small monitor, and when I replace my second monitor it will be with another 4K.