I have been working on a new game for the multitouch table called “Writer’s Block”. In the game, players will compete to find words in a 4×4 or 5×5 grid of letters. 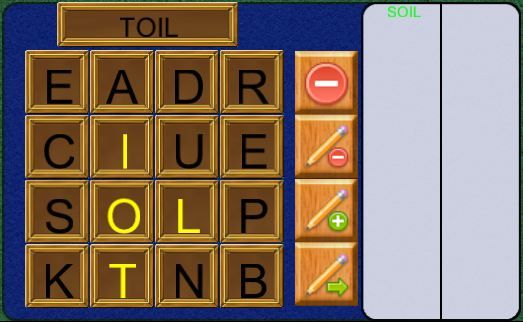 The players have three minutes to find all the words they can. Words are scored based on length and if multiple players find the same word it scores zero points.

There have a few interesting problems to solve when creating this game:

The game is getting close to done. I still want to add an option to change the scoring so that multiple people can score the same word. And I still have some play testing to do to figure out how difficult the computers should be. This last part is more difficult because I am not very good at this type of game. To make the example above, I had to get help from my AI to find enough words to get the scroll effect to appear.