As usual, we had one touch table and 1/4 of the booth to use to run our games. We were busy all the time. Convention goers were always quick to step up to play a game though lines were rare. It is hard to describe how big this convention is. The expo hall was expanded this year and there are 255 exhibitors. When the convention is running it takes 5-10 minutes just to walk from one end to the other and there are always people walking by or checking out the booth. 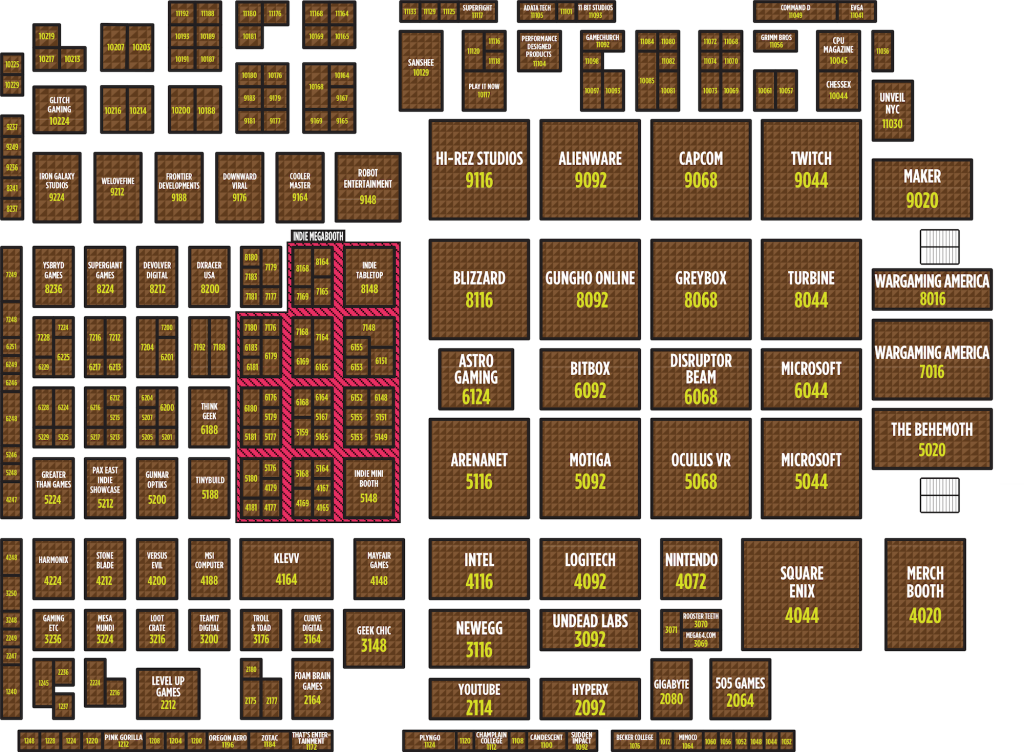 We mostly played Pair Soup and Dungeon Raiders along with quite a bit of Fas Jack and Got It. But we played most of our quick games at some point during the weekend. The new games – 20 Questions Wrong and Egyptian Ratslap, were popular among the competitive groups. We also had some very competitive Pair Soup groups. One group from 2014 came back to set a high score. They set a great score, but they were blown away by a new group that stopped by a couple times on Sunday.

This year we had a new game launcher that was full screen and looked more professional. A combination of that and having eight new games changed people’s reaction to our table. After finishing an intro game and dropping back to the launcher, people often commented at the quantity of games available. I don’t know if that will turn into any touch table sales but it did seem to help people’s opinion of spending $4000 on a gaming system.

We didn’t get out to see much of the rest of the convention. Bill got a ring from CritSuccess. Also nearby was a board game booth selling Pixel Glory. Bill bought the game and talked to the creator about making a touch conversion. He was familiar with Mesa Mundi and our other board game conversions from Gen Con, and was excited to see his game converted. I guess it wasn’t new this year, but this was the first time we saw the “Condom against Humanity” from the “Cards against Humanity” booth.

While it didn’t snow much at while we were in town, Boston was still recovering from the blizzards. The parking lot at PAX had a 20-30 ft mountain of snow, but more impressive was the ubiquitous hedge of snow next to the roads. It was around 6 feet tall all along every road we saw. There were cut outs for the driveways and parking lot entrances. It was difficult to spot the entrances to stores and to see traffic when pulling out onto the roads.

I always feel a little out of place in the exhibit hall at PAX. The exhibit space is not cheap and the exhibitors, including Mesa Mundi, have spent a lot of money to be there. While we are selling games, we aren’t really expecting/needing to make a living from it. So there is a dissonance between how the other exhibitors are behaving/feeling, what the convention goers are expecting, and what we are doing. This year, one of the other exhibitors openly expressed confusion about why we had created so many games – many of them freeware or not for sale – for such a small market. We are excited to just get some positive feedback from attendees and one or two sales, while other booths are trying to sell some number of units to break even, and other booths are just staffed by employees of a big company.