I read the book Make the Bread, Buy the Butter: What You Should and Shouldn’t Cook from Scratch a few months ago and it got me thinking about the cost of cooking at home. I recommend the book (and/or her blog) for the personal stories and recipes as much as for her advice about what to make at home. The stories are funny and the recipes have been consistently good. But everyone is different in how much they value their time and enjoy cooking; and the book is targeted toward people who consider cooking a hobby and are willing to do in their free time.

I enjoy cooking and have lots of free time, so her advice is pretty good for me. If she says you should buy it, you should buy it. I thought that I had found one exception: Rice pudding. I figured that she just didn’t try (or want to recommend) using a pressure cooker. My rice pudding was pretty good, especially warm, but Kosy Shack was better, especially the next day. And tapioca is better anyway.

Each recipe in the book has a cost to make and the price to buy. I double-checked her prices for the first few recipes that I made and they were pretty close. A direct comparison is difficult in many cases because the store-bought item and homemade item are too different (hot-dog buns are a prime example).

As I got more curious about how much different foods cost to make, I started to wonder which of the things I eat are the best value and how home cooking compares to dining out in terms of cost. I also wanted to consider the nutritional value of the foods and to include (like the book did) the energy costs involved. I started tracking this in a spreadsheet, but it was too much hassle to keep track of which foods I’d entered already and to do all the conversions between different amounts of foods. So I started looking for software that would help.

Nine years ago I created a FoodDiary program because I was curious about how nutritious my diet was. Was I getting all the vitamins and minerals that I needed? What about all the amino acids? This was about the time that I was giving up beef and pork and I was worried about missing some proteins (I wasn’t). I considered re-writing that program to track food costs but I was turned off by the idea of revisiting the old wxWindows (a C++ graphics library) code. Instead I downloaded the trial version of the popular Living Cookbook software. Their software is pretty nice, and it allows you to track food costs and will figure the cost of a recipe. It has some pretty severe limitations though:

So I finally decided to write a new program to do exactly what I wanted. I probably come to this conclusion a bit too easily and often. I think it’s because it is so easy to underestimate how hard the program will be to write. I had the same problem when I was getting paid to program: I’d take my best guess, double it, and often be way under.

For Christmas I asked for and received a Bialetti Moka Coffee Pot. Check out the wikipedia page for a complete description. 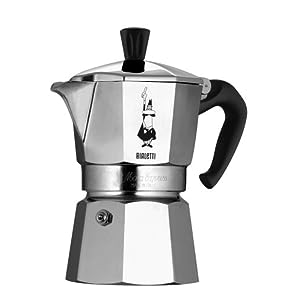 It is a great little device which makes 3 shots of espresso on the stove top. It takes about three tablespoons of grounds and you fill the base with water. After about 2 minutes on the stove, the water boils and the steam pressure forces the water up through the grounds, up a stem and into the top of the pot. It takes about 20 seconds for all the water to run through the coffee once it boils. Then you just pour out your three shots of espresso. 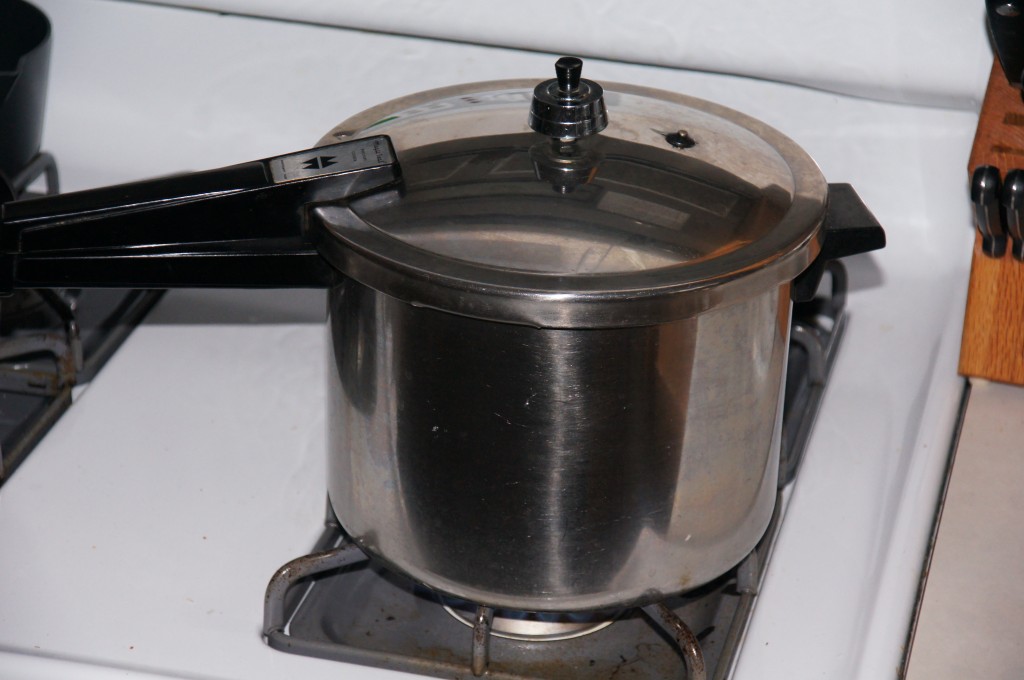 I made some “tomato conserva” today. I started with 3 lb of tomatoes and ended up with 6 oz of a thick tomato paste. The flavor is incredible though. It is like tomato essence. I got the idea from here:

I’ve also been processing the basil harvest. So far I have spent two hours picking basil leaves off the plants and I probably have another hour to go. I am drying most of it, but I have frozen one batch.