Overall 2016 was a good year for us. We remain healthy and are enjoying making touch table games. We did less traveling than we did in 2015, but we made more games. We went to New York to visit my brother and his two kids. We also took a trip to San Carlos with our friend Doug. Between the two of us, we made 13 games for the touch table bringing our total to 62. I am still playing violin and got a new five string electric violin this year.

END_OF_DOCUMENT_TOKEN_TO_BE_REPLACED

I’ve had my Yamaha YEV-105 five string electric violin for a month now. Here is my review and information about setting it up with a DigiTech RP360 effects processor and a home stereo or computer. 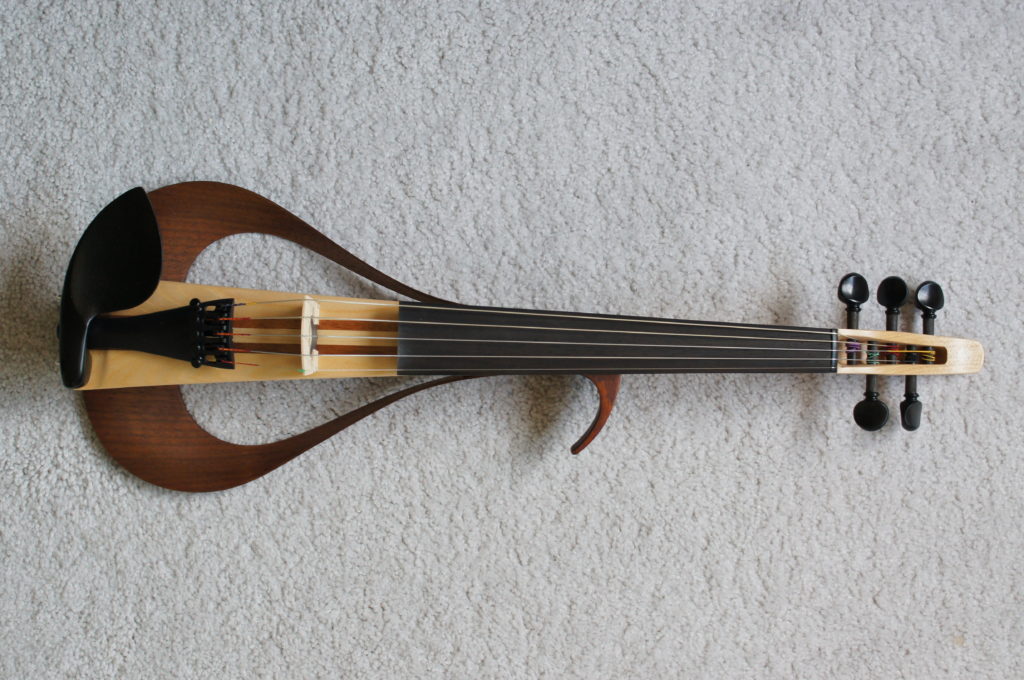 END_OF_DOCUMENT_TOKEN_TO_BE_REPLACED

I am preparing for my fourth violin recital. I am going to be playing the second and third movement of “Summer” from Vivaldi’s “Four Seasons”. The “Four Seasons” is a very popular song, but people are most familiar with the first part of Spring. The part that I am playing is less famous, but still fairly popular. The “Four Seasons” is intended to evoke the seasons of the year in the listener, and the music even has little descriptive notes describing what is happening. In the second movement of summer, is is a hot afternoon and a shepherd is trying to sleep through the approaching thunderstorm. In the third movement, the storm has arrived and there is thunder, wind, and hail.

Here is a recording of me practicing for the recital. I have another week to practice, but I’ve already been working on this movement for five weeks, so this is about as good as it is going to get. I am playing at 92 beats per minute while professionals would play at 120 beats per minute. Some parts of this piece sound significantly better at full speed, and while I can play at nearly full speed, I make more mistakes. At the recital, there will be piano accompaniment which should help.

Edit (post recital): The recital went fairly well. We didn’t do a warm-up period; so the recital was shorter, but it was a bit harder to play without the warm-up session. I was a bit less nervous than at the prior recitals and played a bit better. This was the first year where I made it through the piece without having to stop to recover from a mistake.
I brought my camera along and got some video of some of the students to provide a feeling for what the experience is like. The final performance is by the teacher.

Edit 2: I was wrong about not improving much more in the final week. With another week (probably 15 hours) of practice I did get a bit faster and more consistent. I think that some of the tricky parts are a bit cleaner too. I’ve replaced the original practice video with on that I recorded the day after the recital. Sorry about the bad focus on the new video.

Last night I had my third violin recital. We hosted the recital at our house, and Bill and I played the sonata in F for violin and piano by Mozart. We had both practiced the song for many hours, but we were still nervous when it was our turn to play. The recital went well enough, but I wish I could play in front of people as well as I do alone.

It was also fun to see all the students again and to see their progress since the last recital.

END_OF_DOCUMENT_TOKEN_TO_BE_REPLACED

Tonight was my second violin recital. I started taking lessons in September of 2009 and have been playing for three and a half years. I have kept track of my practice time and am almost to 2300 hours.

This recital was much like the first. It was informal and everyone played together to warm up and then each person played one piece. This time, the teacher played with most of the students.

I was less nervous than I was at the first recital, but I still had a harder time playing accurately than I do in practice. Being nervous doesn’t help, and I am not used to playing with accompaniment.

END_OF_DOCUMENT_TOKEN_TO_BE_REPLACED

Last night I had my first violin recital. I started taking lessons in September of 2009 and have been playing for a bit more than three years. I have kept track of my practice time and have now played for 1940 hours.

The recital was pretty informal. Half of the students were beginners and four of the six were adults. We started by playing music from Suzuki book 1 as a group. Then each student played one piece. Most of the students acted like they played worse than they expected, or at least worse than they do normally. I felt the same way; I was nervous and made more mistakes than usual. I had a particularly hard time with the timing. It could have gone much worse though. The accompanist was extremely good and I never had to stop and re-start.

Overall it was a positive experience. It forced me to put a lot of time into a single piece. I wasn’t patient enough to do that without the pressure of a performance. And it was fun to meet the other students.